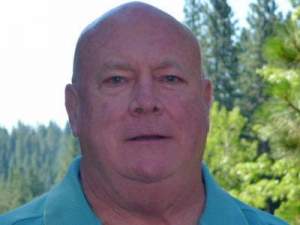 I was born and raised in Oakland, CA and currently live in San Leandro. After high school I enlisted and served three years in the US Army’s Military Police Corp, from 1963-1966 and was Honorably Discharged as a Sergeant. I returned to Oakland married and started a family. I joined the San Leandro Police Department in 1967 and served 33 years, the last 14 years as Police Chief. During my time at SLPD, I received a BA degree from the University of California, Berkeley in Criminology and went on to Golden Gate University in San Francisco, earning a MPA degree in Public Administration/Government. I am also a graduate of the FBI’s National Academy. I left SLPD in 1999 and assumed an appointment to the position of Assistant Sheriff with the Alameda County Sheriff’s Department and served in that position until 2006. I held a number of jobs in the 40 years in Law Enforcement but the best was working as a high school teacher at San Leandro High School, a position I held for 7 years. My wife and I have two grown children and four grandchildren, two in San Jose and two in Annapolis, MD.

I have been a part-time resident and a full-time tax payer in the Arnold area since 1978. My hobbies are: model railroading, cooking, reading and building muscle cars. I volunteer for the Water Board because I believe in giving back to the Community. I am also on the Board of a $90M Credit Union and have been since 1980. I learned a lot of lessons while working as a Police Officer and one was about Leadership.

Leadership is doing the right thing, after weighing in on all the facts of an issue. Leadership is not always popular.

The following precautions will be taken to prevent the spread of Covid-19.