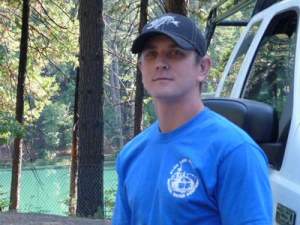 Bill was born in Stockton, California, raised in Angels Camp and graduated from Bret Harte High School in 2002. Bill’s family has lived in the Arnold area for more than 70 years.

He and his wife, Jessica, who has lived in Arnold her entire life, were married in 2007. The two plan on raising their two children, Nikeli and Gweneth, in Arnold also.

In high school Bill worked for his parent’s well drilling company drilling wells all over Calaveras County. Before coming to the water company, Bill went to work for his soon-to-be father-in-law at Arnold Tire. Bill started working for Blue Lake Springs Mutual Water Company in July of 2008. He attended the Academy of Water Education to obtain his Grade 2 Water Treatment and Grade 2 Water Distribution licenses.

Bill loves the outdoors. On his days off you can find him either fishing, hunting, camping or hiking.